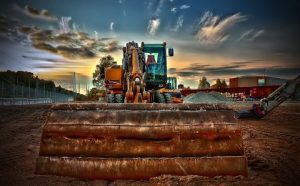 Bob is an avid construction blogger, and he has been around the building industry for most of his working life. Outside of the construction industry, he is interested in cars, and in particular drift racing.

He has many contacts in the construction industry around the world and is always interested in the latest developments – both in terms of technology and new projects, as well as legal issues, up and coming companies, policies, and anything else that may be of interest to people who are working in or looking to get started in, the industry.

Bob did not complete a formal education. He left school at the age of 17 and went straight into an apprenticeship, working on building sites. He found that this was something he enjoyed, and from there went on to work in surveying and to study engineering while on the job. The practical, hands-on elements of this appealed to him more than classroom education, and he was able to complete the qualification successfully on his first try.

After several decades working in field construction business, Bob has now decided to retire to the industry, and he deals mostly with light tasks, but he is still fascinated by the real work that goes into building houses, commercial properties and projects of any size.  Bob has a lot of knowledge to share and is always interested in hearing from young people and those who are looking for a career change.

He is a family man. He has a wife and three children. One daughter that is still at school, and two sons, one of which followed his footsteps into the construction industry, while the other is working in the IT industry, and has already earned a position at a highly sought after big data company, where he works on mapping and statistics.